While waiting for my arm to heal from surgery for frozen shoulder  ( Adhesive Capsulitis) I thought I would copy and paste some of the articles I think are really important to Melungeon History.


Lawrence Clement Johnson was born August 21, 1821 in Chester County, South Carolina.   He died Ausust 14, 1909 at the Confederate home  (Beauvoir) in Gulfport, Mississippi.  He was the son of Dr. Benjamin Brown Johnson and Jane Milling Young Johnson.  He was the grandson of William Johnson, Revolutionary War soldier of Charleston, South Carolina .

After Swan Burnett  read his piece  "Notes on the Melungeons"  (found here)in February of 1889 Mr. Johnson wrote to the editor of the Atlanta Constitution
the following month.

Near a month ago an article appeared in The CONSTITUTION named Melungeons. I laid it aside in order to correspond with the writer, but the paper got destroyed and the name and address had not been noticed with care, and are forgotten. Excuse me then for addressing him through the same medium.

His name Melungeons is a local designation for this small peculiar race. Their own claim to be Portuguese is more generally known. Their original site is on the Pedee river in South and North Carolina . They were once especially strong in Georgetown and Darlington districts of the latter. Though called Portuguese – this does not indicate their true origin. I have no doubt local traditions, and the records still to be found in the Charleston library will give the true account. As dimly recollected, for I never made search with a purpose in view, it was thus in the primary colonial times of the Carolinas, Winyaw Bay was the best and most frequented harbor on the coast, and Georgetown more accessible, was more of a commercial town than old Charlestown., to that port British cruisers sometimes brought prizes.

Among these once was a Salee Rover, (*See Below) which was sold for the distribution of the proceeds as prize money. The crew consisting mostly of Moors, with a sprinkling of Arabs and negroes, were turned ashore free. Their complexion and religion prevented immediate absorption by the white race, and they found wives among Indians, negroes and cast off white women at a time when many of these last were sold by immigrant ships for their passage money. They became a peculiar people. They were the free people of color of the Pedee region so true to Marion during our revolutionary struggle and no other race in America retained such traditionary hatred of the British.

Your correspondent [whose name I am sorry to have forgotten] having a taste for ethnological studies will confer a favor upon that branch of early post-colonial record and legislative proceedings of South Carolina. He will find it sustained by the appearance of these people if he can find a few pure specimens–their physical structure, their hair, their teeth, and general features, though every trace of their Moslem religion and north African dialect may have long been lost. 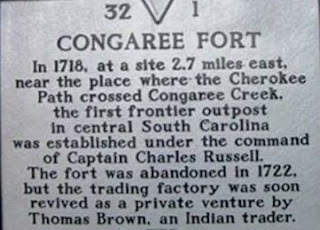