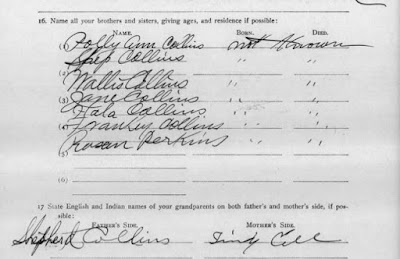 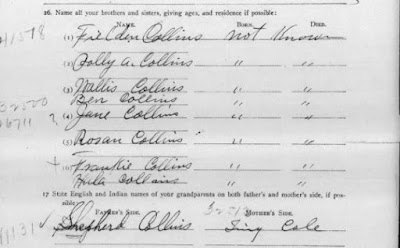 Both of these records show Rosanna's name as COLLINS, they are found on the 1900 census living in Salyersville, Kentucky with sons Benjamim 1895, Tom born 1896 [both listed as Perkins] and Sarah K., born 1899. 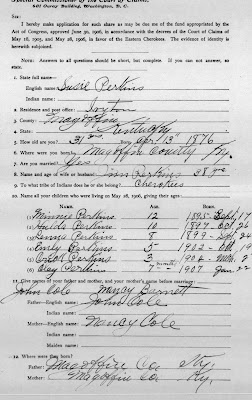 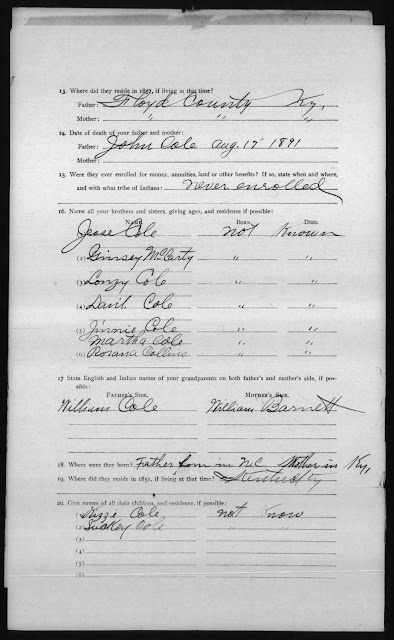 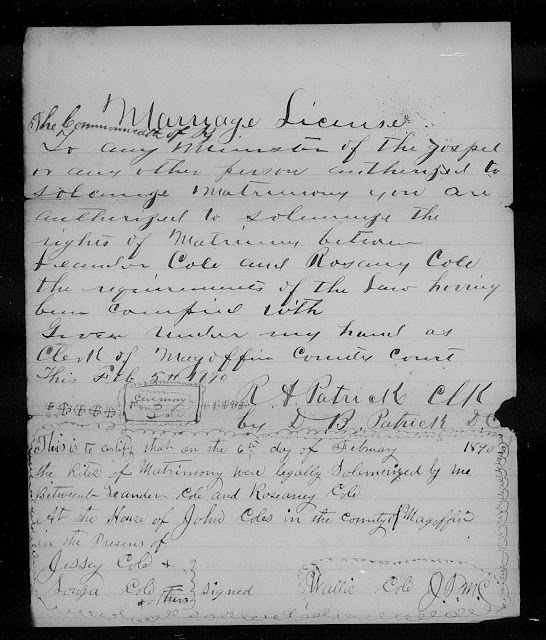 This is Leeander and Rosanna Cole in 1900 Census

Clearly Rosanna COLLINS married to John RILEY PERKINS is not the same as Rosanna COLE who married to Leander COLE.  Both women are on the 1900 with their husbands and children.
The confusion surrounding these two couples stems from the fact that Leeander went by the name COLE and COLLINS 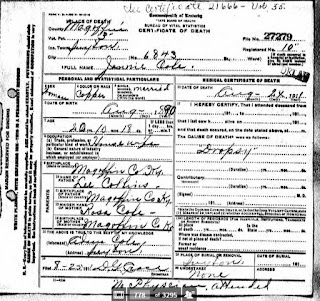 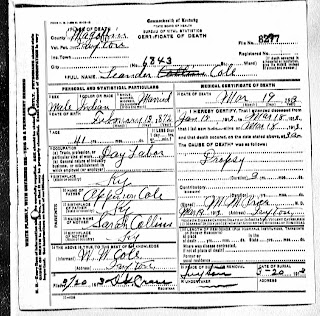 Both of these documents call LeeAnder a COLLINS and in 1915, 2 years after Leeander died Rosanna married to William RILEY Perkins the widow of Barbara Wadkins/Watkins. Rosanna, widow of Leeander used his name of COLLINS.

WILLIAM Riley Perkins married Barbara Watkins/Wadkins 26 Sep 1885 in Magoffin County, Kentucky.  In 1900 this family was living in Abbot, Floyd County with the following children;  Riley Perkins wife Barbery -Lindy Aug 1886, -Gracie Oct 1889, ---    -Nellie Oct 1890, -Bertha Dec 1893, -Lola Oct 1895.
In the 1920 Census the children of Barbara Wadkins and the children of Leeander Cole are in the household of William RILEY Perkins and Rosanna Cole Collins.  The two sons of Leeander are called 'step sons' to William Riley Perkins, widow of Barbara, and his children with Barbara are in the household called 'daughter.'

This is the death certificate that has been attributed to Rosanna Collins, daughter of John Collins and Louisa Cole, and wife of John Riley Perkins,  but in fact this death record belongs to Rosanna COLE widow of Leeander Cole/Collins and William Riley Perkins 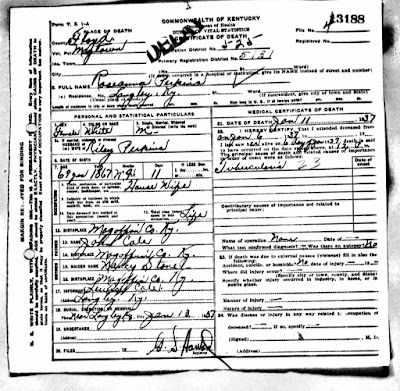 This is not Rosanna, wife of John Riley Perkins.  Both are found on the 1940 Census in Magoffin Co., Kentucky living with their widowed daughter, Mary Cole and grandchildren, Rosanna COLLINS PERKINS was not dead in 1937.
Riley Perkins, son of 'Dickie Perkins' and Mary Wright died  December 29, 1945 in Lakeville, Magoffin County, Kentucky. On his death certificate it states he was "married" meaning his wife Rosanna who is living with him 5 years earlier did not die in 1937.

The above death record is obviously of Rosanna Cole daughter of John Cole and Nancy Barnett, widow of Leeander Cole and married to William Riley Perkins.

This is the obituary of Sarah K., daughter of John Riley Perkins and Rosanna Collins, as recorded in the above census. 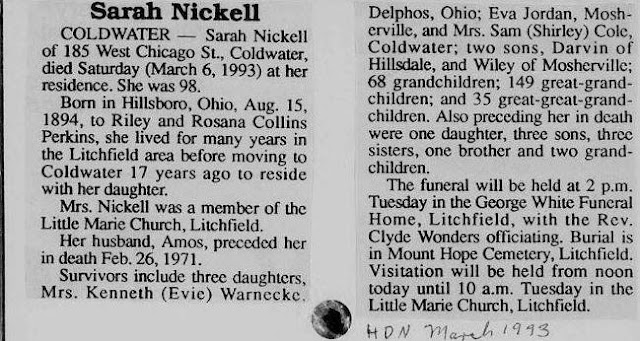 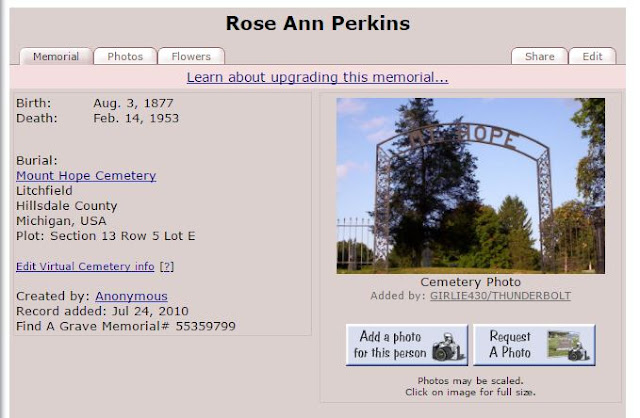 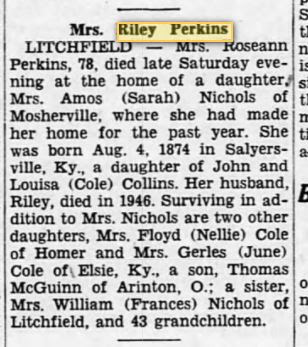